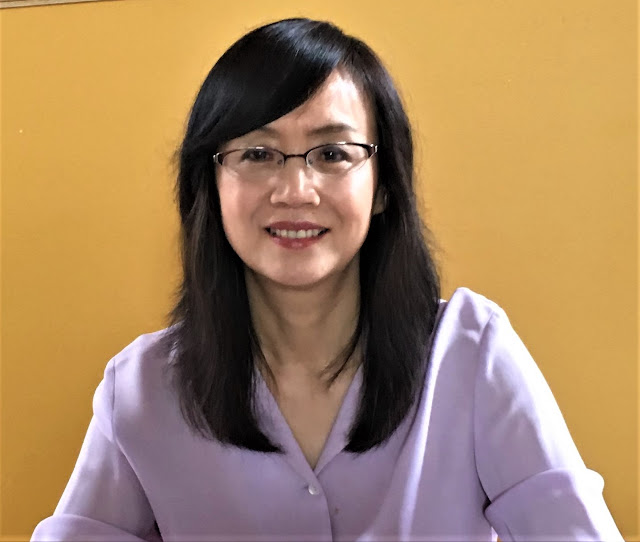 We are excited to feature picture book author Songju Ma Daemicke and her new picture book, TO YOUYOU'S DISCOVERY: FINDING A CURE FOR MALARIA, illustrated by Lin (Albert Whitman 2021). Enter to win a copy! 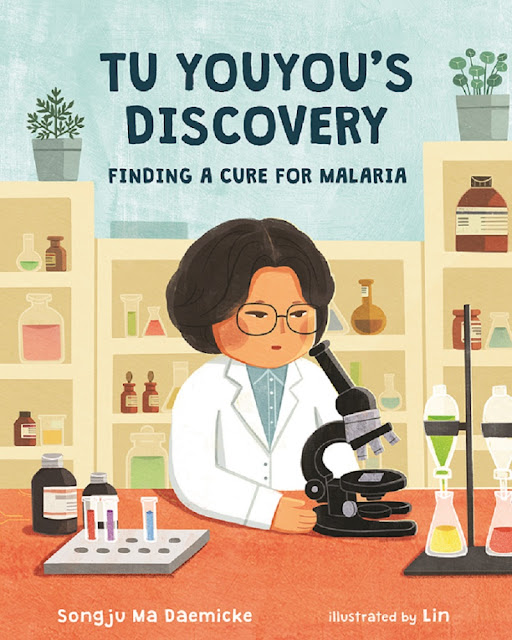 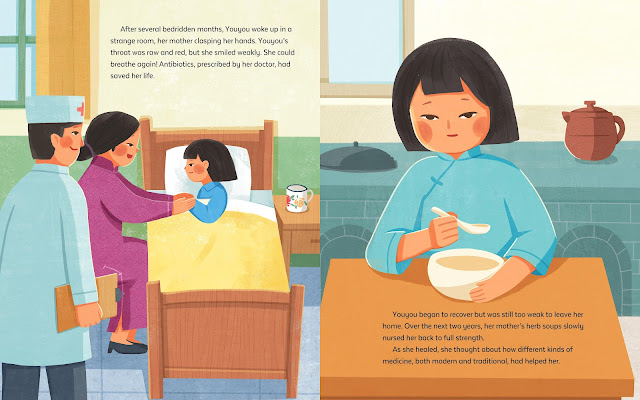 I grew up in Jilin, China, a place colder than Chicago with breathtaking rime on the trees alongside the Songhua River that flows through the city. A true winter wonderland. However, there was not a single public library in my beautiful hometown at that time. I yearned for books.

I came to the United States in 1996 to attend graduate school and then worked as a software engineer for Motorola. When my twin daughters were born, I became a stay-at-home mom and read to my daughters every day. Noticing how few children books about Chinese culture existed, and none of them being STEM related. I decided to try writing one myself.

All my books are Own Voice STEM themed. Having a family up-bringing influenced by the philosophy of Confucius, able to walk the Great Wall, and working as an Engineer in America -- all of these experiences have shaped me and the story I tell. I’m proud of my heritage and love to share my Chinese culture and my STEM interest with young readers.

Congrats on your new picture book, Tu Youyou's Discovery: Finding a Cure for Malaria! Tell us about the story and what inspired you. 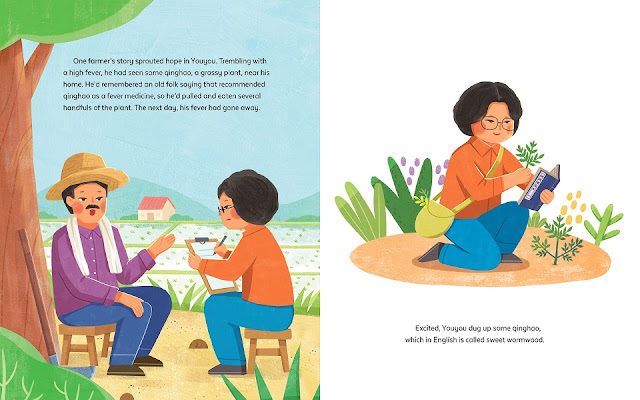 The book is about Tu Youyou, the first Chinese woman Nobel laureate. Youyou was interested in science and medicine since she was a child. When malaria started infecting people all over the world in 1969, she went to work on finding a treatment. Trained as a medical researcher in college and healed by traditional medicine techniques when she was young, Tu Youyou experimented with natural Chinese remedies. The treatment she discovered, Artemisinin, saved millions of lives and is still used all over the world today.

My inspiration to writing this book was from a TV show. In beginning of 2019, I watched a BBC program called Icons: The Greatest Persons of the 20th Century. Tu Youyou, along with Albert Einstein, Marie Curie, and Alan Turing, were the four candidates in the scientist category. I was excited that Tu Youyou had been selected. I also realized that most Americans had never heard of her. As a proud Chinese American, I made it my mission to write a book to share her remarkable journey.

Being a published author in America, and in my second language, English, is thrilling, fulfilling and beyond my wildest dreams. My road to publication was long, winding, and bumpy, crossing over two continents.

I grew up in a small town of China during the Cultural Revolution. At that time, China was a cultural desert. All Western and Chinese traditional arts and literature were considered without virtue and were forbidden. People read Mao's little red book at school and in their workplaces. We had no TV, only radio, and occasionally, Russian movies. I loved to read, devouring every single book I could get my hands on: Mao's books, text books, even instruction books. I was fascinated by the beauty and power of a good story and dreamed of being a writer when I grew up.

Even though I loved literature, I chose Computer Science as my major when I went to college and worked as a software Engineer. Later, reading with my twin daughters rekindled my love of literature. I then attended an English class at our local community college in 2012.

The draft for my first book, A Case of Sense, was one of my class assignments. The positive response I received for it from my teacher and classmates encouraged me to write more. I joined a critique group and went to my first local SCBWI conference in the same year. After a few years of rejections, the manuscript was finally picked up by a small publisher Arbordale and published in the fall 2016. A dream come true!

I’m working on a few manuscripts that celebrate Chinese culture or are STEAM related. I hope they all will become books one day.

Embrace and learn from your heritage and culture, then use it in your writing. This will give your story deeper meaning and heart.

Very few people know that I was once a geophysicist in Paris, France. In my previous life, I studied at the Sorbonne as a PhD student. My thesis was titled “Modeling Propagation of the Rupture in Inhomogeneous Material.” Attending at the university where Madame Curie once lectured, enjoying my view overlooking the Pantheon, strolling on the Champ-Elysees and losing myself amongst the exquisite art of the Louvre…all still feel like a dream to me today.

Where can people find your online?

Songju Ma Daemicke, a former software engineer with Motorola, grew up in China and is an award-winning children’s book author. Her latest book Tu Youyou’s Discovery – Finding a Cure for Malaria is one of Mighty Girl's 2021 Books of the Year. Songju’s picture book Cao Chong Weighs an Elephant was a Best STEM book, the Winner of 2018 CALA Best Juvenile Literature. When she’s not writing, Songju loves attending to her flowers and vegetables in her garden and shooting her next special photograph. She lives in the Chicago suburbs with her family.