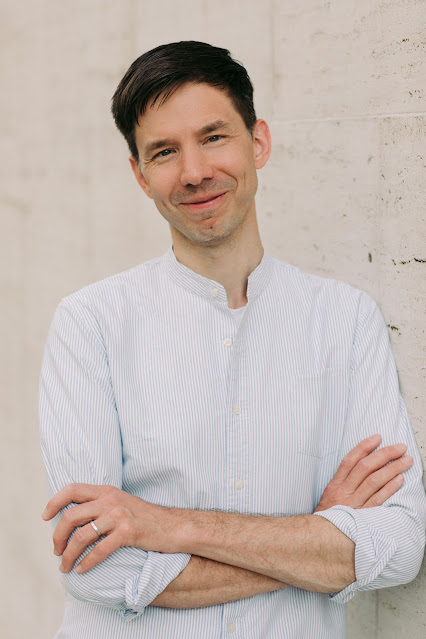 May 20, 2022
We are excited to feature author Brian D. Kennedy and his debut YA novel, A LITTLE BIT COUNTRY (Balzer + Bray) out on June 7.
Enter to win a copy!

Thanks so much for having me! My name is Brian D. Kennedy, and I’m the author of the YA rom-com, A Little Bit Country. I grew up in Minnesota, but have called New York home for over fifteen years now.

I took the long road to writing for teens. When I was a teen myself, I started out by writing poetry. In fact, the highlight of my summers was spending a week at a poetry camp(!) with other high schoolers. In college, I majored in theater and gave playwriting a try. While in my thirties, I took a personal essay writing class where the instructor told me my writing read “like young adult.” I don’t think she meant it as a compliment, but it prompted me to pick up my first YA book. I instantly fell in love and never looked back!

Congrats on your YA debut, A Little Bit Country! Tell us about the story and what inspired you.

Thank you! A Little Bit Country is about two boys who are working at Wanda World, a country music theme park, for the summer. Emmett wants to be country music’s biggest, gayest star. And Luke hates country because he thinks it ruined his family’s life. So naturally, they meet and sparks instantly fly.

This probably won’t come as a surprise, but my inspiration was Dolly Parton! I wasn’t actually a fan of country music to begin with. But once I fell in love with Dolly, it opened me up to a whole new genre that I now love more than any other. I had always dreamed of someday going to Dollywood (Dolly’s amusement park in Pigeon Forge, TN). And pretty soon, my writer’s brain took over and started thinking about what kind of stories would take place there. And actually, while drafting this book, I finally treated myself to a trip to Dollywood for my birthday!

Very long, then very fast. I think I signed up for my first writing class as an adult when I was 32. That’s when I decided I wanted to pursue becoming a published author more seriously. Ten years later, at 42, my first book is being published. The first book my agent tried to sell for me was on submission for a very long time. Almost two years! The next book I wrote (A Little Bit Country) sold much faster than I ever could’ve imagined. And even though it takes about 18 months for most books to go from offer to publication, that time was quickly eaten up by working on edits, tackling social media, and drafting my next book.

Speaking of my next book…it will be out in 2023! I’m not allowed to say much yet. It’s another YA rom-com. And while it doesn’t deal with country music, it is centered around another kind of music. (Guesses welcomed.)

We often ask our YA authors if they had a playlist while writing their novel. Since your book is all about country music, we must ask - did you have a playlist and can you share a few tracks from it?

Well, how long do you want this interview to go?! I obviously listened a lot of Dolly. But I also mixed it up with some of my other favorite country artists. Two non-Dolly songs that very much fit the vibe of my book are “The House That Build Me” by Miranda Lambert, and “My Church” by Maren Morris. Limiting myself to just ONE Dolly tune feels like a crime, but “My Tennessee Mountain Home” is a song of hers that could instantly transport me to the world I was trying to create while writing this book. (My favorite Dolly song, though, is “I Will Always Love You.”)

Great question! Thinking way back to when I had just graduated from college, I’d tell myself there’s no ticking clock. It’s okay if you have to work a day job you don’t love. It’s okay if you’re feeling uninspired or unsure. It’s okay just to live your life for a while. As long as you have the passion and desire to try, there’s no expiration date for going after your dreams. And, yes, I would definitely give this advice to aspiring authors. (And for the record, I still have a day job! Thankfully, a more fulfilling one.)

I played the baritone in high school and was vice president of the band my senior year. Thankfully, this was before the age of social media, otherwise there’d be some pretty embarrassing photos of me in our marching band uniform floating around out there. (Think white polyester shirts and black cowboy hats.)

Brian D. Kennedy was born and raised in Minnesota and now lives in New York City with his husband and their miniature Schnauzer. When not writing, he can be found working at an LGBTQ non-profit and buying more books than he can possibly read. A LITTLE BIT COUNTRY is his debut novel.