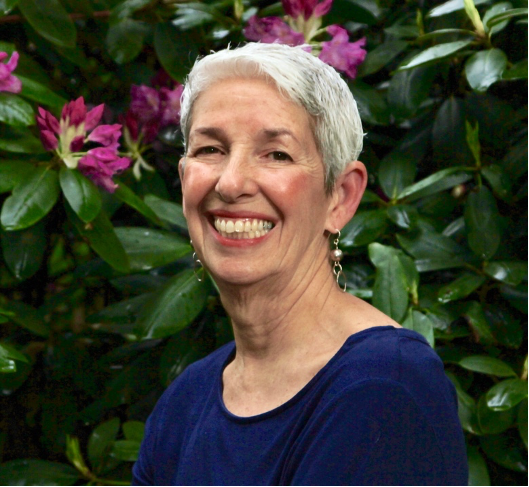 We are pleased to feature author Terry Catasús Jennings and her two books, middle grade biography in verse, PAULI MURRAY: THE LIFE OF A PIONEERING FEMINIST AND CIVIL RIGHTS ACTIVIST, written with Rosita Stevens-Holsey, illustrated by Ashanti Fortson (Yellow Jacket 2022), and THE LITTLE HOUSE OF HOPE, illustrated by Raúl Colón (Neal Porter Books, June 14, 2022). Enter to win a copy of both books! 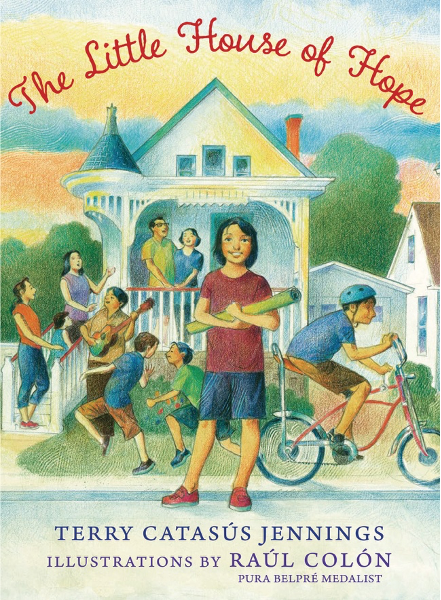 Thank you for hosting me on Kidlit411. I am delighted to be here. My road to writing for children was long. I had always wanted to write, but in high school, a creative writing teacher said that I had gotten a word from the thesaurus for an essay. She knew for a fact that word couldn’t be part of my vocabulary because I was Cuban. In retrospect, I should have talked to her about it, but at that age, my strategy was to cut and run. I didn’t like even being with people like her. But I must be honest, more than likely, my parents would have dissuaded me from trying to be a writer. An immigrant kid needed to have a steady income, and writing probably wouldn’t have been the best idea in the world.

So I majored in math. Which I was actually good at, but stories were always rolling around in my head. Writing newspaper articles in my head. One day, when my daughter went to a bar mitzvah celebration, I saw her and kids I’d been room mother for since they were in kindergarten. They were all dressed up in coats and ties, and heels and spaghetti straps. And I went home and wrote about it. I had to. And it turned out pretty well. Two years later, I wrote an essay about teaching that same daughter to drive and I joined a writer’s group in my neighborhood. They said I should submit it to The Washington Post and The Post published it. Just like that! That writer’s group was a group of children’s writers and that was really appealing. So that’s how I started.  Some of those ladies were very active members of SCBWI MidAtlantic and that sent me on my way. (Such a long story. I’m sorry, but that’s the truth.)

Congrats on your both your books that came out this year, your biography in verse, Pauli Murray: The Life of a Pioneering Feminist and Civil Rights Activist, and your picture book, The Little House of Hope! Tell us about each book and what inspired you.

I “met” Pauli Murray in 2012 while writing The Women’s Liberation Movement: 1960-1990. She was so consequential in the women’s movement that I began to read about her. I fell in love with her and her story—there were so many times she was not recognized, yet she kept going, doing what would bring the attention of those in power to human rights. If I had met Pauli Murray in person, I believe we would have been great friends.  There were few books about her at the time, and none for young readers. So I decided that I had to remedy that.  It took a long time to research her story. And along the way I looked for members of Pauli’s family with whom I could speak and get more personal information, even to collaborate to tell her story. At first, I wasn’t successful. But then I went to a play about the Reverend Dr. Murray at Howard University. I hoped that someone would be there who could lead me to someone who knew the family. I saw a pew (it was in the Howard Chapel) reserved for the family. So I stalked them.  It turns out that Rosita Stevens-Holsey, Pauli Murray’s niece, was there; she was a teacher and was making it her mission in life to lift Pauli Murray’s name and preserve her legacy. We worked together for about a year and then of course, lots and lots since the book was sold.

The Little House of Hope was born from a conversation with a realtor. He said that he never rented to “Mexicans” because they lived four families to a house and trashed the property. At first, I couldn’t believe it. How could he say that about any human being? How could he say that about Mexicans when he knew I am Cuban? I couldn’t believe it at first, but I didn’t internalize it. It took a while of chewing on the problem before I remembered. Wait! We lived three families to the house when we came to the United States. And we all became citizens and contributing members of our communities and we never trashed a house. So I had to write about that. To set the record straight. To kill the generalization. To show that leaving your home, your family, your roots is something that no one does lightly. There has to be a good reason for it.

OOOOh.  Sooooo looooong and winding. LOL. You know, at first I believed that you had to work your way up in writing. That’s how much I knew. You worked your way up in all other businesses, right? So I began writing newspaper stories. I wrote for my local newspaper—for free—humorous family stories about our kids growing up. It’s amazing they still speak to me. I did work for hire. I wrote for internet sources. I wrote text for Smithsonian children’s books on science.

Then, through SCBWI, I began to see what I had to do. I wrote some science-based books and my first real children’s book was published by Arbordale in 2012—Gopher to the Rescue! A Volcano Recover Story. I was always writing novels, but they were about blue-eyed American boys and girls. Nothing Cuban. In 2008, Patty Gauch told me at a Chautauqua Highlights conference that I ought to write my Cuban story. So that’s when I really began. It took me forever, lots of rejections turning to nicer rejections, turning to requests for fulls and rejections until I met Natalie Lakosil in 2017 and she offered representation. We still haven’t sold that book, but it’s getting closer to being (after two rounds of submissions and a total new rewrite) ready to resubmit again as a novel in verse. While “the Cuba book” was being shopped, I began writing Dominguita—a chapter book series about a Cuban-American third grader who loves to read and fights bullies and solves mysteries while pretending to be characters in the classics. At about that same time, I wrote The Little House of Hope. And I was working on Pauli Murray with Rosita. The Little House of Hope sold first and a few months later Dominguita sold and almost a year after that Pauli Murray sold. Pauli Murray was brought up a year. It wasn’t supposed to be out until November of 2022. So it seems that all happened at once, but they were all a long time coming.

The Cuba book is on the stove right now—about the Cuban revolution, middle grade. Then there is a book about Gabby Haley, who’s never considered herself Cuban until her Cuban grandmother moves in with them at the same time they move to a new town. Being Cuban makes her different in a place where she isn’t known, and it’s something new that she has to deal with. I have a lot of non-iction ideas rolling around in my head, and on the side I’m working on picture books that have been in my virtual drawer for years.

What advice would you give to your younger self, and is this the same that you'd give to aspiring authors?

I think I would tell myself to face that creative writing teacher and tell her that word was indeed part of my vocabulary. I would have probably still majored in math, but I might have decided in that class that writing was something I could actually do.

To aspiring authors I would say that you don’t have to work your way up in writing, but you do have to write very well. And you write very well by writing. Treat it as a business. Go to work every day and write, even if it’s crap. I would tell them to read, read, read, and go to school on books that have done well, or books that are doing what you would like to do. I wish that I had some magic wand, but writing is the only thing that works.

Siri is one of my best friends. When I ride bikes or walk for exercise, I often have Siri take notes on whatever I’m trying to write in my head at the time.

Terry Catasús Jennings is a Cuban-American writer who immigrated to the United States after her father was jailed in Cuba by Fidel Castro’s government. She was twelve at the time and knew no English. The Little House of Hope/La casita de esperanza is a semi-autobiographical story in which immigrants give each other a helping hand in a new country. Her goal in life is to lead us to embrace our common humanity, as well as sing the praises of Cuban food.