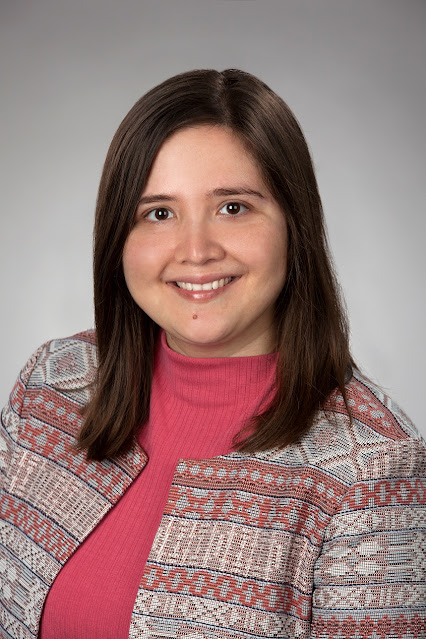 We are excited to feature author Elisa A. Bonnin and her debut young adult novel, DAUNTLESS (Swoon Reads), out on Aug. 7, as well as her next YA novel, STOLEN CITY (Swoon Reads, Sept. 20, 2022). Enter to win a copy of DAUNTLESS!

Hi everyone, I’m Elisa, the author of the young adult novels Dauntless and Stolen City. I’ve wanted to be an author for most of my life. I started writing when I was eight years old, and I haven’t stopped since. Although I read a lot of all kinds of fantasy, including both YA and adult fantasy, I started writing for teenagers because I love writing coming of age stories. Teenage characters are fun to write because they’re often still learning about the world they live in and their place in it, and in a lot of ways they’re growing into their roles. I write the books that I would have loved to read when I was a teen.

Congrats on your debut young adult novel, Dauntless! Tell us about the story and what inspired you.

Dauntless is a sapphic YA fantasy, set in a Filipino-inspired world. It tells the story of Seri, a young girl who’s just trying to get away from everything, when she falls in love with Tsana. Tsana comes from a completely different culture from Seri, and for the two of them to be together, they have to stop their peoples from going to war.

Although the world of Dauntless doesn’t have an ocean, the book was inspired by my studies in oceanography. I started writing Dauntless while finishing up my oceanography PhD, when I was thinking about the reasons why I started studying oceanography in the first place. I’ve always been fascinated by the unknown, by stories of explorers, and I wanted to write a fantasy novel set in a world that hadn’t fully been explored yet, whose people were still learning about the world and each other. I loved the idea of going into the “unknown world” and exploring, but as I was developing the concept, I realized that eventually this culture of explorers would run into another group of people. Once they realized they weren’t alone in the world, there would be a lot of conflict there. I wanted to explore that conflict and have it come to a resolution that wouldn’t be (as it so often was in our history) colonization or war.

Because I was also really homesick at the time, I wanted to write a story set in the climate and backdrop that I was most familiar with, the climate of the Philippines. Dauntless isn’t set in the real-world Philippines and it isn’t based in Philippine mythology, but in the same way that a lot of fantasy novels are set in a world inspired by medieval Europe, I wanted to write a fantasy novel where the baseline for everything–climate, food, appearances and others–came from the Philippines.

I would definitely call my path to publication long and winding. I’ve wanted to be a published author since I was eight years old, and have basically been writing as much as I can since then, but it took me twenty years to get my first book deal. In that time, I’ve written many manuscripts that have been rejected by agents and publishers, including the manuscript that is now Stolen City.

I got my book deal through Swoon Reads, which at the time was a crowd-sourcing website that allowed their audience to read through novels and select the ones that they thought were most worthy of publication. I uploaded both Dauntless and Stolen City to the site, and both were selected for publication. Since this was right at the beginning of the pandemic, they were actually the last books selected before Swoon Reads closed down. I didn’t yet have an agent, and it took another two years before I was able to find representation,. So yes, definitely a winding road, but I’ve mostly enjoyed the journey.

I have one more book coming out this year. Stolen City releases on September 20, 2022, and like Dauntless, it’s a YA fantasy. It’s a heist novel that tells the story of twin thieves who steal magical artifacts from their city’s colonizers. When a stranger comes to town searching for an artifact that belongs to the twins’ mother, the twins plan their biggest heist yet and end up stealing the entire city back in the process. It’s a really special book for me because the characters in it are characters that my best friend and I developed together in high school, and I’m glad that they get to shine in their own original story.

I’m also constantly writing things, and while I can’t talk too much about my works in progress yet, I can say that I plan on continuing to write stories set in fantastical worlds, with main characters that strive to find their place in the worlds they live in. I do plan on writing more stories with Filipino (or Filipino-like, in the case of fantasy worlds) main characters in the future, and I definitely plan on writing more stories with queer characters.

What are some of your favorite classic YAs? Recent ones?

As a teenager, I didn’t have the opportunity to read much YA, because the books that I had access to were the ones that were already on my mom’s shelf. This means that I basically went from children’s books straight into adult fantasy. But I did pick up Tamora Pierce’s Protector of the Small series, and that became one of my favorites. I loved Keladry and really loved the story of a young girl becoming a knight. I still have those books on my shelf, and the first one is really battered from all the times I would take it to school as a kid.

Nowadays, I think the YA space has really exploded. There are so many fantastic books out there, and the sheer variety of books on offer would have blown teen me’s mind. I’ve read so many good books this year that it’s hard to think of which ones to recommend, but my favorites were: Hotel Magnifique by Emily J. Taylor, This Vicious Grace by Emily Thiede, A Magic Steeped in Poison by Judy I. Lin, the Hollow Star series by Ashley Shuttleworth, Iron Widow by Xiran Jay Zhao and so many more. In my monthly newsletter, I always spotlight a new release that I enjoyed, so if you subscribe to my newsletter, you’ll get those recommendations too.

I would tell my younger self to be patient and to keep at it. I’ve been wanting to be an author for a long time, and as a teenager, I thought that if I didn’t get a book deal after a certain number of years, it was never going to happen for me. But what I’ve learned since then is that authors don’t have an expiry date. It’s never too late to start writing, and it’s never too late to get published. And although the road to getting published can be full of rejection, no writing is ever a waste of time. I’ve written so many manuscripts that I’ve had to shelve, and looking back, those books helped me grow into the writer I am now.

I think I would tell aspiring authors the same thing. Write what you enjoy, be patient, and even when things get difficult, remember that there is light at the end of the tunnel. If you enjoy writing, even if the project you’re working on never gets published, it was not a waste of time. And it’s never too late to start.

I was a really early reader. I’m not sure exactly when I learned to read, but my parents found out that I could read when I was two years old. They caught me reading along to my storybooks, and because they thought I had just memorized the words, they made me read the newspaper headlines out loud to prove it. I actually don’t remember a time when I couldn’t read. I’ve always loved books and reading, so I don’t think it came as a surprise to a lot of my family that I ended up writing books.

You can find me on my website (www.eabonnin.com), on Twitter (https://twitter.com/eabwrites), or on Instagram (https://www.instagram.com/elisa.a.bonnin/). I’m not incredibly active on social media in general, but I tend to be a bit more active on Twitter than on Instagram, and following either will get you all the latest updates on my books. If you prefer updates compiled and sent to your inbox once a month, I also have a newsletter, which you can sign up for here:  https://www.getrevue.co/profile/eabonnin. My newsletter goes out every month on the 15th.

Elisa A. Bonnin was born and raised in the Philippines, after which she moved to the United States to study chemistry and later oceanography. After completing her doctorate, she moved to Germany to work as a postdoctoral scientist. A lifelong learner, Elisa is always convinced that she should “maybe take a class in something” and as a result, has amassed an eclectic collection of hobbies. But writing will always be her true love. Publishing a book has been her dream since she was eight years old, and she is thrilled to finally be able to share her stories. She is the author of Dauntless and Stolen City.