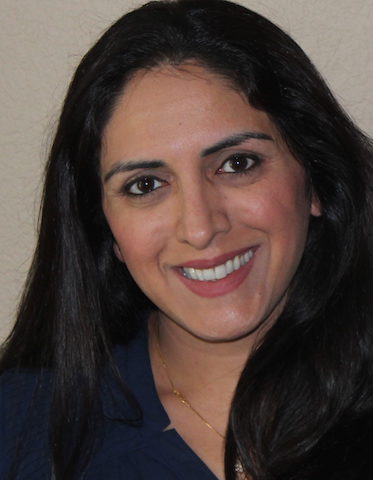 My name is Anita Jari Kharbanda. I live in North Texas with my husband, Viney, and our two sons Yuvraj and Shaan; ages ten and eight. I'm an industrial engineer by trade, and a storyteller by heart. Growing up I loved reading, but never saw characters who looked like me in books. When I was in highschool I read a book by a South Asian author about South Asian characters for the first time in my life. It was called Arranged Marriages by Chitra Banerjee Divakaruni. Then in college I read Interpreter of Maladies by Jhumpa Lahiri. I suddenly became aware of the possibility that there could be characters in books like me.

In college I thought, if I ever write a story, a Sikh woman would be at the forefront of the action, and if I tell it in her voice, through all her challenges and triumphs, young adults like me would see the unique way she views her place in the world. And maybe, they’d see a piece of themselves in her too. But at that point it didn't occur to me that I'd actually write for teens one day.

Life rolled along and I lost a treasured family member. I then married several years later, had two loving children, and then lost another special family member. A close friend suggested I journal for the flux of happy and sad emotions I felt. Journaling expanded into writing for a well-known South Asian magazine. Then I wrote a memoir based on letters between the two family members I'd lost. I hadn’t even realized I was writing a memoir until I’d started putting the letters in sequence, and writing a story in between them. This memoir was special to me, and initially I planned to publish it. Ultimately though, it was private and I decided not to publish. But it sparked an interest in writing more novels. I also wanted my children to see me pouring myself into a craft that I was passionate about, so they’d learn from it. Then I started writing Lioness of Punjab—a coming of age story for young adults everywhere.

Congrats on your debut YA novel, Lioness of Punjab! Tell us about the story and what inspired you.

Thank you so much! Lioness of Punjab is an energetic historical fiction, young adult novel which brings us closer to Mai Bhago—the first female Sikh warrior. She grows to embrace her many roles in a way that was entirely her own and, in the process, becomes a shining inspiration for young women everywhere.

The inspiration to write this story grew slowly, and I'd say it came from my family. As you know, I started journaling, then wrote for a magazine, and then, without realizing it, wrote a private memoir inspired by family history. I'd discovered I really like to write, and sought to write stories about unsung voices. The idea for Lioness of Punjab came from my mother's book that I have on my bookshelf with a Sikh female warrior on the cover. It’s written in Punjabi, so I cannot read it, but it made me remember Mai Bhago and inspired me to write a story about her. This was in 2017, and I wrote down a SMART goal to be published in 2022. I then promptly forgot about the written down goal until stumbling onto it recently. It was serendipitous because now it's actually happening.

It was something in between. It took me one year to secure a literary agent. I had multiple rejections, before finding the right fit. The submissions to editors process was short and sweet, because my publisher made an offer right around the same time that I signed with my agent. I loved the mission and books of the publisher, so it was an easy yes for me, and my agent was supportive of that decision.

I have secret ideas brewing, and I'd like to continue writing stories for voices that go unheard.

Did you have an inspiration board, or music playlist, for this novel? If so, can you share it/them?

I have been listening to King by Florence + the Machine on repeat, and it reminds me of Lioness of Punjab. Look up the meaning behind the song, it's deep.

I would suggest that you write for one person and not the world. There is a wonderful Kurt Vonnegut quote I live by: “Write to please just one person. If you open a window and make love to the world, so to speak, your story will get pneumonia.”

Also, do not give up or be discouraged by rejection, it's part of the process. And remember no one's first draft is perfect, and you will have multiple revisions. Every step of the way ends up worth it in the end.

I am pretty adventurous. I've run three half marathons, ziplined twice, white water rafted, jumped off a cliff into the water, and skied three times.

Anita Kharbanda is an Indian-American engineer by trade, and a storyteller by heart.  She lives in North Texas with her loving husband and two sons. An avid lifelong reader of all kinds of fiction, she revels in seeing her children do the same. The healing power of letters filled with family history inspired Anita to start writing. She now writes the kinds of stories she’s devoured through the years, with one difference. She promised herself she’d write stories about the characters she dreamed of seeing in books growing up, and lift the voices of those who go unheard.