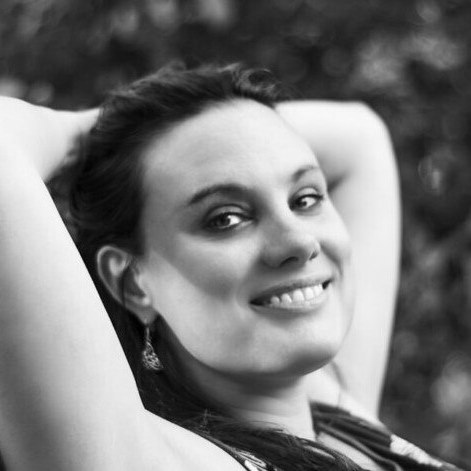 Hi! I'm Jaime Formato, author of the middle-grade contemporary novel Roll for Initiative. I'm also an elementary school teacher, which is pretty cool because I get to spend my days hanging out with kids and reading all the books. I live in a little house by the woods with my husband and kids, two dogs, two cats, two bearded dragons, a ball python, and three cute little rats(seriously, rats are adorable!) My favorite Pokemon is Eevee, my favorite MarioKart character is Toad, and my D&D character is a Tiefling rogue named Lilith.

I didn't start writing seriously until about ten years ago. Way back in the day, I wanted to be an actress on Broadway and majored in theater in college before switching to elementary education. Over time, I found myself wanting to be more creative again and discovered that I liked creating characters and stories more than acting them out. I love writing for the middle-grade age because it is such a special time. Middle graders are trying to figure out the world and their place in it, while trying to figure out who they are. It's tough but hopeful, and I've always been drawn towards this age group and have a huge soft spot for coming-of-age stories.

Congrats on your debut MG novel, Roll for Initiative! Tell us about the story and what inspired you.

Speaking of coming-of-age stories, Roll for Initiative is my geeky version of one. It centers on Riley, a shy and socially awkward twelve-year-old who's always relied on her older brother, Devin.Her single mom works some pretty rough hours, and he's always been there to look after her, in addition to being her best and only friend. When he heads off to his dream college, way across the country, Riley's left completely adrift. But when she meets Lucy, an incredibly cool nerd and prospective bestie,  she creeps out of her shell just enough to DM a Dungeons and Dragons campaign.  She goes on to round out the party with other new friends, gaining confidence and finding her voice in the meantime.  But when perfectionist Devin hits a rough patch and books it home from college, her newly found autonomy is challenged. She's got to prove to him and Mom that she's not the needy little kid she once was, while giving Devin the boost he needs to overcome his fear of failure.

As for inspiration, I knew for a while I wanted to write a D&D book. My family has the most ridiculous homebrew campaigns, with the most entertaining cast of characters. It's such a creative outlet, in which everyone can be exactly who they want to be. It's collaborative and fun and exciting, and I love how each player has a part in guiding the story. Also, when I started writing RFI my son was preparing to head off to college in California(like Riley, I live in Florida). While he's nothing like Devin, the situation got me thinking about the effect that an that older sibling leaving for college might have on the younger siblings that are left behind.

Definitely not short and sweet! I wrote my first middle-grade book about ten years ago. Queried the heck out of it when it was nowhere near ready and yeah. . . that was that book. In 2017, I finished another book and entered a mentorship program on a whim. That was one of the best things that could have happened to my writing career. Huge shout-out to Miriam Spitzer Franklin for teaching me how to properly revise. I went on to query that book and an R&R later, landed my amazing agent Lauren Galit. That book was not, however, meant to be (nor the next one!) but I couldn't be more thrilled to have Roll for Initiative as my debut.

I'm currently drafting another middle contemporary novel, and I'm just having a lot of fun with it.

What are your favorite classic MGs? New ones?

Classics: Anne of Green Gables, Emily of New Moon, The Prydain Chronicles, The Witch of Blackbird Pond, A Wrinkle in Time, all things Judy Blume. . . Are the Babysitter's Club books classics? They probably are by now, right?

New: Planet Earth is Blue by Nicole Panteleakos, Dragons in a Bag by Zetta Elliot, Air by Monica Roe, Learning to Fall by Sally Engelfried, The Lost Ryu by Emi Watanabe Cohen, Wei To Go by Lee Y. Miao, Hana Hsu and the Ghost Crab Nation by Sylvia Liu, Maya and the Rising Dark by Rena Barron, Dad's Girlfriend and Other Anxieties by Kellye Crocker. . . I could go on and on. I think we are in such a great time for middle-grade books!

Mostly just to have fun with it. There's a lot you can't control in publishing, no matter how hard you try or how much you want to. But you can always look to find joy in creating.

I am an absolute wealth of hockey trivia, and I have a growing collection of Topps trading cards.

Jaime Formato is a writer, elementary school teacher, and tiefling rogue from northern Florida. Her days are spent hanging out with kids and reading, and the nights are for D&D, hockey, and writing. She lives in a little house by the woods with her amazing husband, their beautiful children, two cats that don’t love her enough, two dogs that love her too much, and a whole lotta nature.