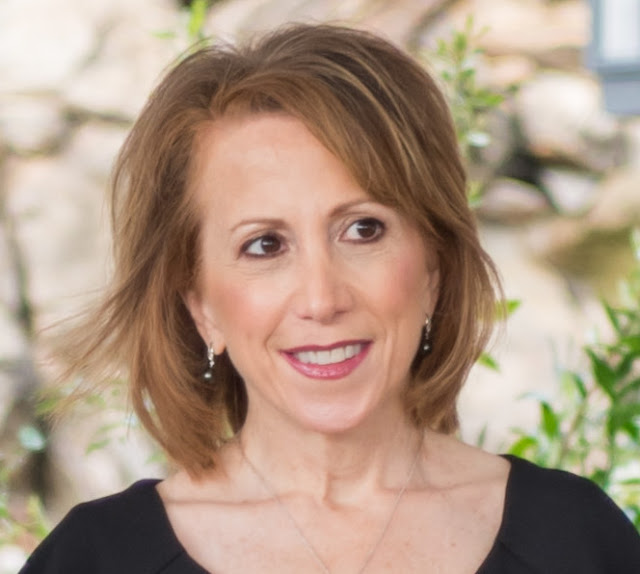 We are excited to feature author Stacy Nockowitz and her debut middle grade novel, THE PRINCE OF STEEL PIER (Kar Ben Publishing), out now! Enter to win a copy!

Welcome! Tell us about yourself and how you came to write for children.

I am a middle school librarian by day, kidlit ninja by night! I’m one of those people who loves school SO MUCH that I became a teacher and then a school librarian AND I’m currently in school for my third Master’s Degree. I’m also one of those people who wanted to be a writer from the time I was about 6 years old. As a kid, all I did was read, write, and roller skate. The books I read when I was younger had such a profound effect on me, especially the books by Judy Blume and Madeline L’Engle, that I decided early on to write for a middle grade audience.

Congrats on your debut middle grade novel, The Prince of Steel Pier! Tell us about the book and what inspired you.

The Prince of Steel Pier takes place in Atlantic City, New Jersey, in 1975. The main character, Joey Goodman, is a 13-year-old boy who spends the month of August working as a waiter-in-training at his grandparents’ kosher hotel on the A.C. Boardwalk. His Skee-Ball skills get him noticed by some local mobsters, and their boss offers Joey a job as a chaperone for his daughter for a few weeks. Joey is happy to be seen as “one of the guys” because he doesn’t feel he has a voice in his big, Jewish family. But soon, the mobsters show how dangerous their world is, and Joey needs to decide just what “family” really means to him. I was inspired by two things: First, the movie A Bronx Tale, which I’ve seen many, many times and absolutely love. Second, the St. Charles Hotel, the kosher hotel my grandparents owned and ran on the Boardwalk in Atlantic City back when I was a kid in the ‘70s. That was a very special time and place for me.

It sounds strange, but it was both short and long. It was short in that The Prince of Steel Pier is the first book I’ve ever tried to have published, and I know that some people reach for that for many, many years. I was lucky enough to have my manuscript chosen for Pitch Wars in 2018, and that is definitely what put me on the path to finding an agent and a publisher. But, my path has also been long and winding in that my book took around 15 months to sell, and that wait was excruciating. There were many days when I just wanted to pack it all in and give up. I’m very thankful that I didn’t do that!

I just completed a manuscript that’s another middle grade historical. This one takes place in the Bronx in 1953, and it’s about blacklisting and the Communist Red Scare of that era. I’m also working on a historical novel-in-verse.

What are some of your favorite classic middle grade books? recent ones?

My favorite classics were contemporary when I read them! Lol! I love The Phantom Tollbooth by Norton Juster, Are You There, God? It’s me, Margaret by Judy Blume, A Wrinkle in Time by Madeline L’Engle, and From the Mixed-Up Files of Mrs. Basil E. Frankweiler by E.L. Konigsburg. My favorite recent reads include The Shape of Thunder by Jasmine Warga, The Civil War of Amos Abernathy by Michael Leali, and Alias Anna by Susan Hood.

Don’t be in a rush to publish. Take your time. Learn your craft. Read widely in the genre and age group you want to write. Join a supportive writing community. Write a story that matters to you, that you love. And understand that you will need to revise about twenty times before you’re done! Also, be aware of how slowly the publishing industry moves. I wrote The Prince of Steel Pier in 2017, and it’s just coming out now in 2022. I think if aspiring writers spend too much time thinking about publishing as the ultimate end goal, the long process of writing won’t be much fun. Which is what it should be! It’s hard, hard work, but it’s also a lot of fun.

I’m a cancer survivor. I was diagnosed with colon cancer in 2010. I’ve been cancer-free for over a decade!

Congratulations! Where can people find you online?

Stacy Nockowitz is a middle school librarian and former language arts teacher with 30+ years of experience in middle grade education. She holds Master's Degrees from Columbia University and Kent State University, and is an MFA candidate in Writing for Children and Young Adults at Vermont College of Fine Arts. Her debut middle grade novel, The Prince of Steel Pier, comes out on September 1, 2022, from Kar-Ben Publishing. Stacy is an outstanding Jewish mother to her two grown children and lives in Columbus, Ohio, with her husband, Richie, and their perfect cat, Queen Esther.