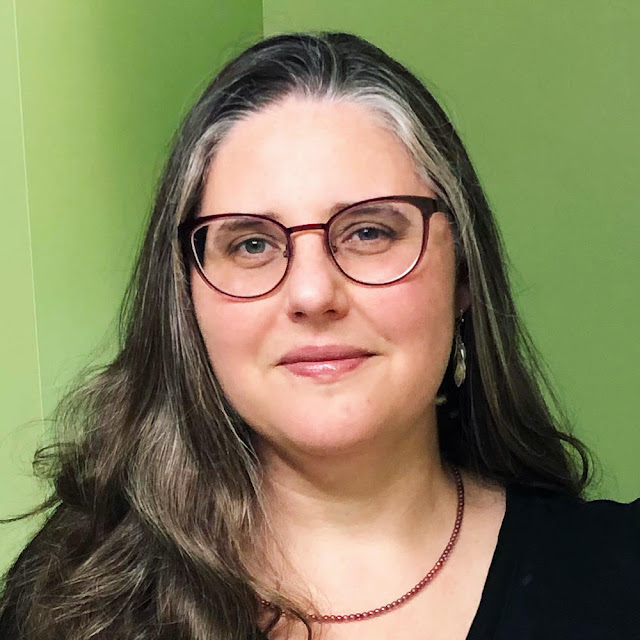 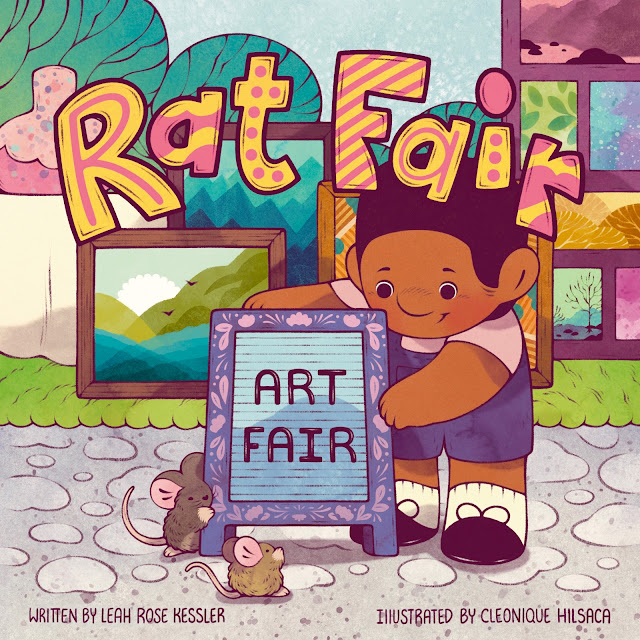 When I stopped teaching seven years ago I took about half a year to decompress and when I came out the other end I realized what I really wanted to be spending my time on was writing. It’s not the only thing I’ve been doing for the past several years, of course, but this is the first time in my life I’ve made the time to prioritize it.

I think I gravitate towards writing for children because I’ve spent many years working with them both in and out of the classroom and also because I’ve never lost my own sense of curiosity and wonder. My degree is in biology and I’ll always be excited about learning new things, observing the natural world at work, and wanting to tell everyone all about it. I regularly embarrass my middle schooler at pick-up time by insisting on stopping to watch the frogs in the puddles by the parking lot and I don’t think it’s a big leap (pun intended) from there to finding joy in writing stories that engage young children.

Congrats on your debut picture book, Rat Fair! Tell us about the story and what inspired you.

Thank you! I grew up in a city with a giant art fair that takes over the downtown for a week every summer. It was something I looked forward to every year as a child. Now, I live in a nearby town and one day as I was passing one of the ubiquitous Art Fair signs, I got to playing with the words. Once I had rearranged it in my head into rat fair, I found I wasn’t able to stop thinking about it (Would a rat fair be a carnival for rats? An art fair for rats? Something else?) until I wrote it down.

I’d say the road to arriving at a publishable manuscript was somewhere in the middle; it took about four years of learning about picture book writing, improving my craft, and the helpful eyes of my critique group and the larger kidlit community. The path to publication once I had that manuscript was actually very short.

I submitted Rat Fair directly to small publishers and I had a long wait (over a year!) between submitting my story and hearing back from the editor at POW! Kids Books. Once she contacted me to ask if Rat Fair was still available, however, it was a quick 14 months from her first email to having a published book on the shelf. A tremendous amount of credit goes to illustrator Cleonique Hilsaca for the speed and care with which she was able to create the incredible illustrations that tell the story.

Your book is almost wordless, yet you are not an illustrator. What tips do you have for authors to format and write a near-wordless or wordless picture book manuscript?

The manuscript for Rat Fair was essentially one long art note and, as with any picture book manuscript, it was important to leave room for the illustrator. In my manuscript/oversized art note, I was careful to describe only what was essential to tell the story and leave the rest up to the illustrator. For example, I didn’t specify the gender or the age of the child or anything about the appearance or quantity of the rats.

As another example, the following line is taken directly from the manuscript: The rats set to work creating a Rat Fair: ferris wheel, rides, food, midway games, the works! When you read Rat Fair you’ll see that while Cleonique used this line to inform several of the book’s illustrations, she also had the freedom to interpret the rats’ process of creating the fair, what rat fair food would look like, and a whole host of other details as she wished.

When I submitted the manuscript for Rat Fair I was very clear about the fact that the manuscript was for a nearly wordless story and that the nine words in the story were intended to appear within the illustrations. I noted this fact in the query letter and also at the top of the manuscript. Editors and agents often read quickly and some go right for the query letter, while others start with the manuscript. If there’s something essential for them to know in order to properly understand the format of your manuscript, I think it’s a good idea to put it both places.

Since publishing Rat Fair I’ve signed with an agent (the wonderful Natascha Morris at Tobias Literary) and currently have a manuscript I absolutely love out on submission. I have a couple more that I’m pretty excited about that are in good shape, and I’m always working on several things in the background. I’ve been toying with the idea of learning more about graphic novels because I have one story I keep coming back to that I think would work best in that format, but after the years it’s taken me to learn about picture books I have to admit I’m a bit daunted by the idea throwing myself into learning a completely new set of skills.

I know how to solve a Rubik’s Cube!

Just type my full name into almost any platform and you’ll find me!

Leah Rose Kessler spent much of her childhood up a tree with a stack of books. These days, when she’s not reading or writing, she’s an on-again, off-again elementary school teacher and a lifelong biologist. Her work has appeared in Cricket Media’s Babybug and Spider magazines and her debut picture book, RAT FAIR, was published in June of 2021. She is represented by Natascha Morris at The Tobias Literary Agency. Leah lives in Michigan with two humans and two cats, and has a soft spot for scurrying creatures of all shapes and sizes.