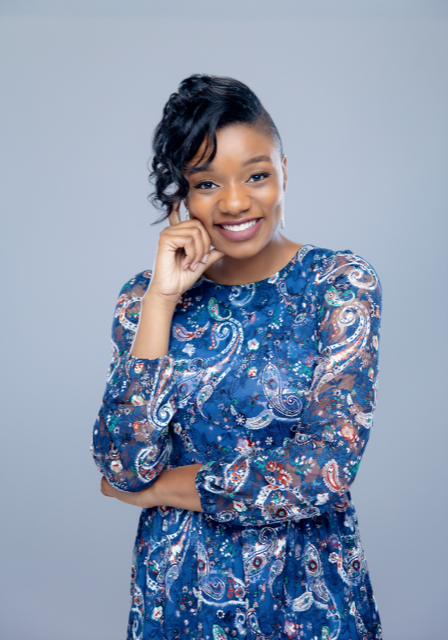 We are excited to feature author Charity Alyse and her debut young adult novel OTHER SIDE OF THE TRACKS (Denene Millner Books/Simon & Schuster Books for Young Readers) out on November 22, 2022. Enter to win a copy!

I got my undergrad degree in Literature so I am a book nerd through and through. I can talk about Shakespeare, Jane Austen, and Langston Hughes for hours on end. I also love Gilmore Girls (team Jess!), a fresh paperback, and my relationship with Jesus is really important to me. I've wanted to write for teens ever since I was one. I was bullied in elementary school and endured a lot of racism as well. I vowed that when I'd gotten older, to never forget that there was another little Charity somewhere facing what I used to. Books were my escape during that really hard time in my childhood, so I wanted to offer worlds and characters that a teenager could immerse themselves in to escape whatever sad things were transpiring around them. I also vowed to write books that would invoke strength in the youngest reader to know that their voice matters and all things are possible.

Congrats on your debut YA novel, Other Side of the Tracks! Tell us about the story and what inspired you.

Thank you! I am so overjoyed!

Other Side of the Tracks is all about taking chances, friendship, family, and daydreaming. It tells the story of a historically racially divided town separated by train tracks and what happens when a Black boy is murdered on the white side of town by a white police officer. It centers also around the lives of three main characters named Zach, Capri, and Justin. They all have big dreams and deep wants. They are all chasing said dreams and sacrifice so many things for them to become a reality. Capri wants to dance on Broadway. Justin longs to play basketball in college. Zach longs to be a famous record producer. When the murder happens, they're all faced with the reality that sometimes it takes sacrificing our dreams to ensure safety for our friends and family.

The idea for Other Side of the Tracks was birthed in a college course called Creative Writing Children's Stories. We were given a ten page assignment for a short story on anything as long as it was targeted to teens. Other Side of the Tracks was birthed from that. It started off as a ten page story, or should I say a form of therapy for me. This was during the time when the BLM movement was really beginning to take the media by storm. I didn't know how to add to the conversation or if I could. I felt too shy and quiet to make a big difference. I felt that Other Side of the Tracks really helped me to realize that my pen was just as powerful as a poster at a protest. The entire class was blown away at the short story and my professor encouraged me to turn it into a novel.

My road to publication was long and winding. I thought the publishing industry would fall head over heels in love with my story and characters. They didn't right away. As a matter of fact, I received 234 rejections before getting an agent. Whenever I say that, it doesn't at all describe the pain that arose within me when I opened each email to another "no" or "it doesn't seem right for the market". It crushed me. But...I have a happy ending! Other Side of the Tracks is a real book!

I'm not sure if school counts as a project, but I'm focusing on finishing my Masters in Clinical Mental Health Therapy. I'm also working on a project that is may or may not be a YA thriller.

What advice would you give to aspiring authors? How about specifically to aspiring Black authors?

Black authors make up under ten percent of traditionally published books. That number is low, but it's there because people like us took a chance and wrote those books that others may not have believed in or accepted. I always say, Don't Quit Your Daydream and I mean it. Publishing is surely not for the faint of heart (trust me) but if you believe in your book and in your characters, you'll see the fruits of your labor pay off. Don't give up!

I still listen to Disney Channel jams from the early 2000's. The Jonas Brothers and Hannah Montana are still my pick me up whenever I'm going through a stressful day!

I am on TikTok way more than any other social media. You can find me there @charityalyse. I am also on Instagram and (barely on) twitter @charity_alyse

Charity Alyse earned her bachelor’s degree in English literature at Rowan University and is currently working toward a master’s degree in clinical mental health therapy. Other Side of the Tracks is her first novel. Alyse lives in New Jersey. You can find her on Twitter and Instagram @Charity_Alyse and CharityAlyse.com.