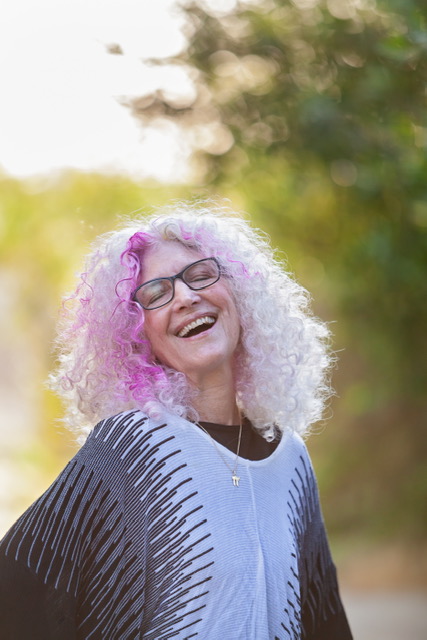 We are excited to feature author Janie Emaus and her debut picture book, LATKES FOR SANTA illustrated by Bryan Langdo (Atheneum Books for Young Readers 2022)). Enter to win a copy! 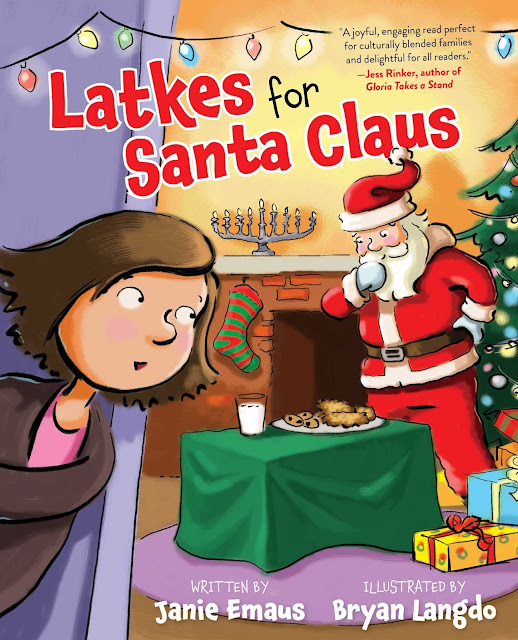 When my sister was little, I would read the newspaper to her, incorporating her name into every story. It made her so happy to think her name was actually in the paper. I thought, why not spread the joy to the rest of the world? And that’s where my career began! My first sale was a poem to Cricket Magazine. I then ventured into short stories and middle grade novels. I joined SCBWI and in addition to learning about the craft of writing, I met the most wonderful people in the world. Decades after that first poem sold, after hundreds of rejections and several agents, I finally sold my first picture book. I’d say I love writing for children because there is nothing better than hearing them laugh. 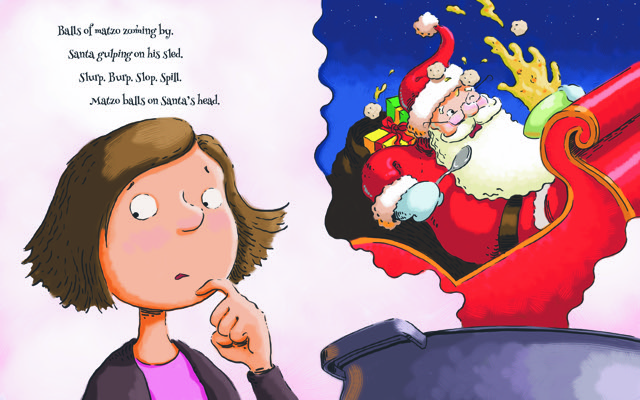 Congrats on your book, Latkes for Santa Claus! Tell us about the story and what inspired you.

This story is about a Jewish girl, Anna, who is excited that Santa will be visiting her house for the first time, and she wants to leave Santa a treat that blends the holidays her new family celebrates: Christmas and Hanukkah.

She expresses this idea to her stepbrother, Michael, who insists that Santa doesn't need anything but his sugar cookies. Anna imagines Santa has to be bored with cookies by now and is determined to find a Jewish recipe that he'll enjoy. The catch? It has to be something easy for Santa to grab and go.

What follows is a playful cook-off between the new siblings.   Latkes for Santa Claus concludes with Anna and Michael's winning recipes, ready for children to replicate for Santa in their own kitchens. It’s the perfect story for culturally blended families.

I was inspired to write this story from my own family experience.  I am Jewish and my husband is Catholic. When our children were little, we celebrated both holidays. And I began to wonder if our daughter was confused. So, I did what any good mother would do, and I looked for a book to show her a family like ours. Not finding any, I did what any good writer would do, and I wrote one myself. Of course, it took two decades to sell. The only thing which stayed the same is the title.

What other projects do you have coming down the pipeline?

My next blended holiday book, Easter Eggs and Matzo Balls is coming out in January 2023. It follows the same characters as Latkes for Santa Claus. In this story, Michael wants to make Anna’s first Easter special for her by having the Easter Bunny leave something Passover related in the Golden Egg. Kirkus review said, “It’s refreshing to read a story about a stepfamily that has so little conflict.” And “..joyous -like so many real-life holiday celebrations.” 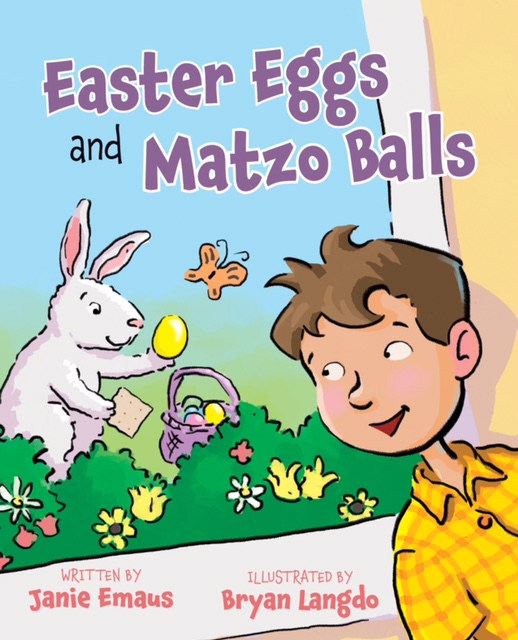 The road to selling Latkes was long and winding and then short and sweet! Like I say, it took me twenty years to become and overnight success! After decades of trying to sell Latkes for Santa Claus, with and without an agent, I did a #Pitmad event on a Thursday and sold the book to Sky Pony Press on the following Tuesday. That was in 2019. The book came out in 2020, which we all know was a difficult year to launch a book. But it sold well and is now available every holiday season.

Believe in yourself and don’t give up. I have a sign on my desk given to me by my daughter years ago. PERSEVERANCE. Also, join a critique group with like-minded writers and attend writing conferences. Listen and learn, but don’t give up what is in your heart. I know it’s hard not to take the rejections personally. I allow myself one day to wallow (not too deeply) and then I get back to work!

I always wanted to be a song writer. I used to write lyrics and sing them to myself in order not to hurt anyone’s eardrums. I should have stuck with piano lessons! I’ve satisfied this desire my making up songs for my grandchildren.

Here are my social media sites:

Janie Emaus believes when the world is falling apart, we’re just one laugh away from putting ittogether again. Her picture book, Latkes for Santa Claus was a finalist in the 2022 International Book Award. Easter Eggs & Matzo Balls, her second blended holiday picture book will be released early 2023. She is also the author of the adult novel, The Time Traveling Matchmaker. Her essays, stories and articles have been published in numerous magazines, anthologies, and websites. In 2016 she won an honorary mention in the Erma Bombeck Writing competition. But now award is more important to her than family.  To learn more about Janie visit her at www.janieemaus.com.