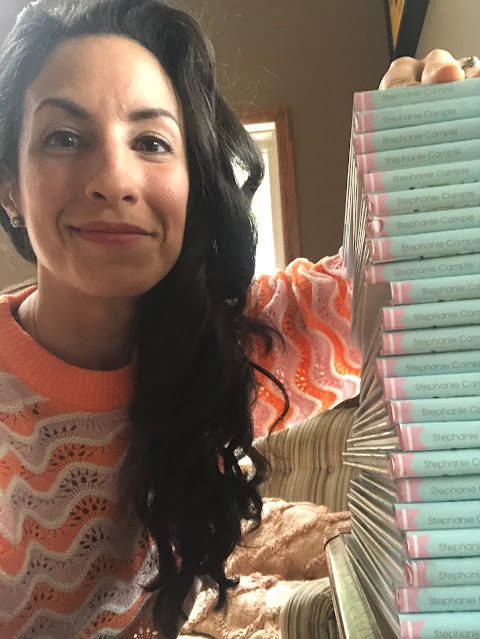 We are pleased to feature author Stephanie Campisi and her picture book, QUACKS LIKE A DUCK, illustrated by Maria Lebedeva (Familius 2022). Enter to win a signed and personalized copy! 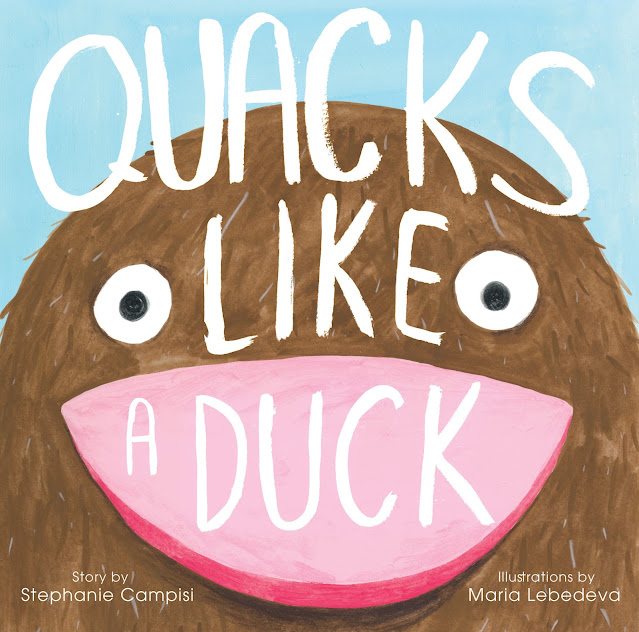 Sure! I'm a children's book author born and raised in Melbourne, Australia – actually a UNESCO City of Literature. These days I live in eastern Tennessee, by way of Oregon, Washington and California.

I've always been a voracious reader, and I think if you do enough reading you start seeing stories everywhere! Basically, once I was big enough to pick up a pen (which I did sneakily, having not actually earned my pen licence, which is a real thing in Australia), I started writing stories…and never stopped!

My degree is in linguistics and I've worked in publishing and advertising, so I've done all sorts of writing, from essays to newspaper articles to the copy you see on billboards and product packaging! But I think I’m drawn to writing for kids because that part of my life still looms so large in my memory – and of course now I have a little guy in my life I get share my stories with, which makes it all the more special!

Congrats on your picture book, Quacks Like A Duck! Tell us about the book and what inspired you.

Thanks so much! Quacks Like a Duck is the story of Petunia, a hapless platypus who shows up to a costume party sans costume, causing much confusion among the other animals, who spy her bill and webbed feet and are convinced that surely she must be dressed as…a duck. Poor Petunia pleads her case to no avail, until a combination duck-beaver-otter trio arrives dressed up as a platypus, breaking the ice and showing everyone that good things can come in weird packages. Quacks features the most wonderfully vibrant illustrations by Maria Lebedeva, who brought the costumed party guests to life in the most fabulous way! 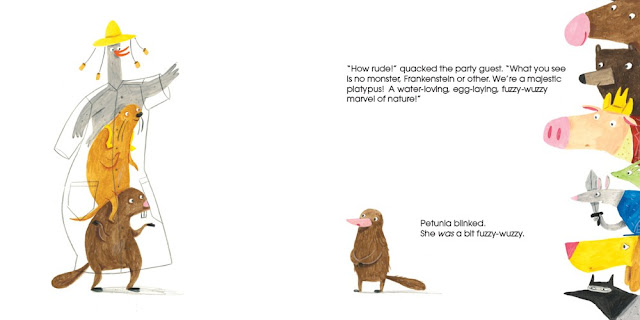 Quacks Like a Duck is loosely inspired by my first Thanksgiving in the U.S., an event full of internet randos in an unfurnished mansion outside Portland, Oregon. It was all very awkward, but quite fun in the end (and thankfully we were not required to show up in costume). Combine that experience with the delightful but taxonomically confusing animal that is the platypus and…bam! I had a recipe for shenanigans! 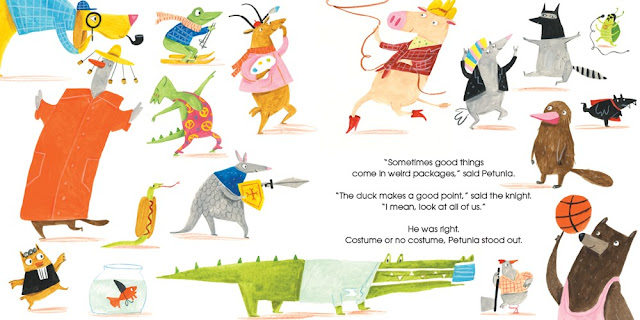 A mix of both, I think! I had some early success with short stories back in university, and landed an agent with my second novel. So in a sense, things went quite well from an early stage. But alas that novel didn’t sell, and neither did the second, third, fourth, fifth… so I started exploring new avenues and formats. I wrote and sold my first picture book relatively quickly, but there was a dispiritingly long gap between that and my second (woe, such woe!). Little bit by little bit I started building relationships with publishers and editors, and things slowly started to move along.

I have a toddler son and a busy schedule as a freelance copywriter, so last year I promised myself that I’d commit whole-heartedly to this publishing thing for a year and then reassess where I was professionally. I called it the Year of Being Shameless, and I was! I put my hand up for everything, auditioned for a variety of different projects, and committed to doing endless events and signings and so on. It was exhausting, but I definitely started to gather some momentum. I ended up selling several original picture books, and signed on for an IP chapter book series, an IP MG series, and an IP picture book project! (IP is where you’re working with someone else’s idea or concept, for example Star Wars or My Little Pony, and it can be a lot of fun!)

But it wasn’t all roses – my latest novel died on submission…again!

Still, I think between the IP projects and the many signing events I did, I have a much better insight into what makes someone pick up a book, and what makes a project something a publisher will want to put their clout (and budget) behind. Who knows, perhaps I’ll even sell my next novel! 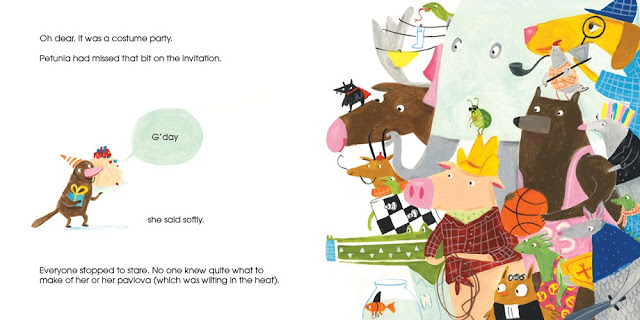 So many things! It’s a bit ridiculous, honestly, but my brain is quite talkative and just will not stop with the ideas.

I have a few picture book projects ranging from the very silly to the quite lovely making the rounds, and I’m getting ready to pitch a chapter book series called Dinocorn, in which a museum curator’s children and their dinocorn friend magically bring museum artifacts to life and embark upon fantastical and educational adventures. I love useless factoids – and in fact once wrote for a TV quiz show back home in Australia – so this series is my excuse to squeeze as many as possible into a book!

Oh gosh, so much! Some of which probably shouldn’t be repeated here! But overall, there are a few things I’d say:

Don’t run away from success! It’s easy to feel like you don’t deserve good things, or that you’re an imposter, or that it might all fall apart into a horrendous failure that everyone will be talking about for centuries to come. It’s okay. Run towards that success. You’ve worked hard for it!

Tell the world what you want! My Year of Being Shameless came about after watching a bunch of dudes on Twitter say they wanted a book deal or a film deal or whatever and then…literally receiving replies offering that thing! Sorcery! It’s no substitute for actually doing the work (well, for some very privileged people it might be), but putting it out there that you want to do X or Y can help get eyes on it – and I think makes you more intentional about achieving that thing as well.

Love the work. I truly love writing, and it’s something I always come back to. It’s easy for your focus to get shifted on the achievements and milestones associated with publishing or having written, but really, the writing itself is what it’s all about. Try to keep your energies there instead of on trying to force the publishing machine to work the way you want it to.

I used to be a pretty decent tango dancer and a pretty decent weightlifter! Once my schedule starts looking more normal I’ll either dive back into those, or try a new hobby – I’m thinking book binding or coffee roasting!

I’m bookish and professional at www.stephaniecampisi.com, and bookish and silly at @stephcampisi on Twitter, Instagram and Hive. Come for the books, stay for the pics of my Jack Russell Terrier, Samson!

Stephanie Campisi is an Australian children’s book author presently based in Tennessee. Her books include LUIS AND TABITHA, VERY LULU, FIVE SISTERS, XOLOTLS: DAY TO ZZZ, and QUACKS LIKE A DUCK, with many more forthcoming. When not writing books, she spends her days chasing after her rambunctious toddler and her even more rambunctious Jack Russell Terrier.