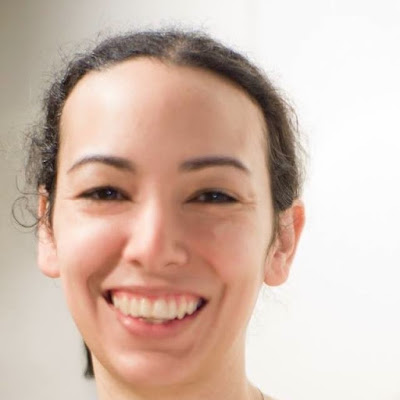 Today we are pleased to feature the very talented author, freelance editor and former agent Maya Rock. Maya's debut YA novel, SCRIPTED was launched in February 2016.

SPECIAL OFFER: Anyone who writes Maya and mentions Kidlit411 can get a 10% discount on any of her book editing services for the next month and a half (offer good through October 15, 2015.) 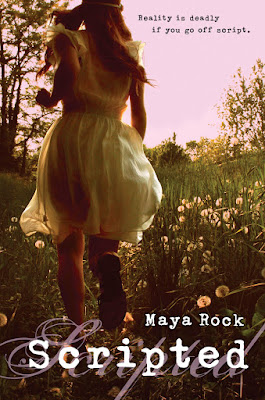 Tell us about your background and how you came to be an author and editor.

I was always pretty into books and worked in literary agencies after graduating from college. I liked agenting a lot, but ultimately realized it wasn’t a good fit.

I had kept up creative writing as a hobby the whole time, taking multiple classes (with the Jane Street Workshop and Gotham Writer’s Workshop) and decided to pursue writing as a full-time career. I had some success, the biggest of which was the book deal with Penguin for my first novel, the YA dystopia SCRIPTED.

Although I was trying to mainly make it as a writer, many people approached me about editing book manuscripts. Editing was always a huge part of agenting for me, so I welcomed these opportunities. Plus, I found that I enjoyed editing manuscripts even more without the pressure to sell them to publishing houses—not being able to sell a manuscript was one of the most frustrating parts about agenting.

Eventually, I decided to focus on editing manuscripts full-time under the umbrella of my business Rock Editorial Services, where I also offer query and synopsis services.

Rock Editorial Services is my day job and now the bulk of my own writing activities are done in the off hours, as it is for most authors.

Which do you consider yourself first: author? editor?

Hard question! I think I would choose a third option—I’m a reader. Toni Morrison once said that about herself, and as far as nouns that I accept being identified by, I think that is one of the more accurate. Writing and editing are both different tasks the world has handed me once it realized I was a reader.

Tell us about SCRIPTED. What inspired it?

SCRIPTED is my YA novel, a dystopia about a girl living on an island that’s entirely a reality show—my editor called it a messed up love letter to The Truman Show. Unlike the movie, though, everyone in the book knows they’re on a reality show, and they’re constantly aware of their ratings on the show.

When I conceived of it, the buzz around editors was for high concept books, which I had heard described as books you could sum up in one or two sentences. I had another YA novel I’d written and shelved and felt like it really lacked that—I mean it was so hard to describe, I think it inhibited my ever wanting to talk about it, forget submitting it to agents.

So with Scripted, I came up with two lines and then wrote a book. Where did the two lines come from? Probably my own fascination with the way people perform their own lives plus a lifelong voyeurism that often manifests in fascination with reality shows and documentaries.
What are the one or two most common mistakes you see in beginning writers’ work?

Great question. Too many characters is one that crops up a lot, and I think goes hand in hand with beginning writers not necessarily being aware of how important revision is. They could easily combine or cut characters, but don’t see it because they don’t revise enough. It’s clear they often just made people up on the fly for plot purposes who do indeed come across as plot devices.

I also tend to see a lot of unnecessary tense changes and unnecessary prefaces. And query letters that go on past one page.

But I should say, too, that these are not mistakes per se as much as part of the learning process. These mistakes are almost inextricable from what can be so special about beginner writers’ works—a certain joyful freedom that comes with not knowing what the rules are.

What are the one or two things that authors should do to improve their craft?

Read widely. The other thing, I think, is don’t rush. Easier said than done.

How did your experience as an agent inform your current work?

So much! As an author, if I hadn’t been agent I’m sure I would be a lot less patient with the editorial/publishing process

As an editor, I don’t hesitate to tell authors if I feel something in their book will render it unsalable. I also offer query letter and synopsis services, and find that my five years of experience going through the slush pile comes in handy.

How important is the pitch/query letter in landing an agent?

I think it’s very important. The query letter is a great indication of the author’s ability to write and a well-written one will definitely stand out. One can also get a sense of the author’s professionalism and maturity by how he or she writes his or her query letter.

At the height of my SCRIPTED writing fervor, I’d arrive at Starbucks at six a.m. and write until nine a.m.  It was by far the best writing experience of my life, plus I got addicted to the music they were playing, ska and old soul. I’d write down the lyrics, then go home and search for the songs and add them to my playlists.

Maya Rock is an editor and author. She graduated from Princeton University in 2002 and has worked in publishing ever since. After college, she worked for five years as junior literary agent at Writers House after college. In 2010, she started Rock Editorial Services, which offers editorial assistance to agents, authors, and publishing houses. Projects she has worked on include the RITA-award winning YA paranormal romance Deception So Deadly by Clara Kensie, YA literary The Belles by Dhonielle Clayton and The Someday Jar by Alison Morgan.