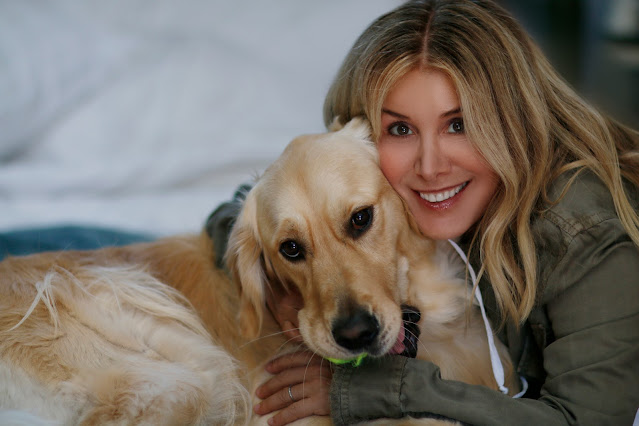 We are excited to feature author Erika Lewis and her debut middle-grade novel, KELCIE MURPHY AND THE ACADEMY FOR THE UNBREAKABLE ARTS (Starscape March 2022). Enter to win a copy!

I graduated from Vanderbilt University and went immediately to work in television on the creative side for studios and networks in development. My job was to find projects and help turn them from pitches into what we watch on screens. It was great place for me to learn from incredible writers.

After fifteen years, I leaped at a chance to develop one of my own. My first script was optioned, but like much of development it was never made. At that point I was standing at that fork, trying to decide which road to go down. That same year, Tor acquired my debut novel Game of Shadows, and Heavy Metal and acquired my first graphic novel, The 49thKey. I’ve been standing at that same fork now for 10 years, traveling down one road, then coming back to it to see what I want to do next. My debut YA, The Color of Dragons came out in October of 2021.

But writing for children, particularly middle grade, has always been a big part of my writing dreams and with Kelcie Murphy and the Academy for the Unbreakable Arts that dream came true.

Congrats on your debut middle grade novel, Kelcie Murphy and the Academy for the Unbreakable Arts! Tell us about the story and what inspired you.

Kelcie Murphy and the Academy for the Unbreakable Arts is the story of 12-year-old Kelcie Murphy, a street savvy kid who has been shuffled from one bleak foster home to the next by her cagey social services caseworker Elliott Blizzard. Abandoned at five, her only wish is that her parents would come back for her. When meet her, she’s on a field trip and is suddenly kidnapped by an ice fairy with a seriously frosty attitude and is forced to unleash the greatest evil the world and Otherworld has ever known! Only that’s also her first clue to who her parents are, so she follows the ice fairy and for reasons unknown to Kelcie, ends up at the Academy for the Unbreakable Arts, the military magic school for the Lands of Summer!

This is not the kind of school you’re invited too. You must test to get in, and only those with latent magical abilities that can be drawn out with the Spriggan’s touch can move on to the second part of the test, the physical challenge. You see, the Lands of Summer and the Lands of Winter are at WAR and the Academy trains only the most gifted for Summer’s armies.

But Kelcie doesn’t feel gifted. Far from it. She’s never been good in school or very athletic for that matter. She’s also never been good at making friends. But she soon learns that all of the team she’s been assigned to have things they’re struggling with too.

As the story unfolds, and Kelcie starts figuring out clues to who her parents are, the school comes under attack from the evil Kelcie unleashed. Kelcie and her fianna must work together to figure out how to stop it or not only with the Academy be lost, but also the Lands of Summer.

The inspiration: during a trip to the Isle of Skye, I decided to visit Dunscaith Castle, also known as the Fortress of Shadows and the original Academy for the Unbreakable Arts. The school was run by the legendary teaching goddess from Irish Mythology, Scáthach, and still is in my fictionalized Otherworld. I loved the idea of developing a school that teaches martial arts and magical weapons run by this incredible female warrior. Adding in some other inspirations from different Celtic mythologies, both in the creatures at the school, and the magical powers (shapeshifting, telekinesis and telepathy, super strength and elemental powers,) and the Academy for the Unbreakable Arts was born.

The road to this story’s publication was long and winding AND short and sweet. LOL. Tor published Game of Shadows and I had an option on my contract for another story. My editor at the time, Elayne Becker suggested I pitch them a middle grade fantasy series in Celtic mythology. But once the acquiring was done, the long and winding development road began. This is a series that required a huge amount of world-building. After book one, the Lands of Summer and the Lands of Winter all come into play. And for me, that’s my favorite part of writing, the world building, but it does take time!

I just turned in book two, Kelcie Murphy and the Hunt for the Heart of Danu! I’m working on book three, as well as a middle grade graphic novel.

Tell us about book two, and we love your recent cover reveal!

For Kelcie Murphy in this second journey in the Otherworld, she finds it's hard having a father who’s an infamous traitor, and even harder having a mother who’s an omen of doom. After a summer away, Kelcie Murphy is excited to be back at the Academy for the Unbreakable Arts. But she and her friends have barely settled in when they receive a visit from Kelcie's and Brona's mothers—the war goddesses, Nemain and Macha—with a warning of coming calamity that they must figure out the cause of before the Lands of Summer are cast into total and complete life-ending darkness. As they travel with the rest of the students to Summer City to take part in the glorious Ascension Ceremony, Kelcie has no time for the military parade, the lavish ball, or even to visit her father, not if she's going to save her new home, and everyone she has come to care about from dying.
But also in book two, readers are introduced to the Lands of Winter, to a competing school called Braverwil, and a fierce warrior named Lexis who holds the fate of Summer in her hands. Here's the cover:

What are some of your favorite classic middle grades? Recent ones?

Growing up, I loved anything written by Judy Blume. I loved C.S. Lewis’ The Chronicles of Narnia. The list of recent ones is SO long! All of Rick Riordan’s series, especially The Trials of Apollo. Skandar and the Unicorn Thief by A.F. Steadman is another recent favorite. J.C. Cervantes' Storm Runner Series.

What are one or two pieces of advice you'd give for writing middle grade fantasy?

·      Find humor and heart in the darkest parts of the story.

I was a terribly shy kid. I would cry when anyone sang Happy Birthday to me. I hated being the center of attention, and still do. BUT I love meeting readers! I love speaking in classrooms, hoping that I can inspire the shy kid like me in the back like to ask their burning question.

My website is https://erikalewis.com. I can always be reached through the contact page. Also, while you’re there, visit the Teacher Resources page (https://erikalewis.com/teacher-resources/). There is a common core based classroom guide as well as a link to hear Sean Patrick Thomas read chapter one.

I’m on social media, you can find me on:

Erika Lewis grew up in Alexandria, Virginia, spent summers with her grandparents in Worcester, Massachusetts, and currently lives in Los Angeles, California. With a passion for storytelling set in magical places, she spends as much time as she can traveling. When she’s not writing, she can generally be found scribbling notes in a blank book while wandering through abandoned buildings, all kinds of museums, and graveyards.

A graduate of Vanderbilt University, her list of credits straddles the comics and novel space, including THE COLOR OF DRAGONS from HarperTeen, GAME OF SHADOWS from Macmillan’s Tor Books, FIREBRAND AND ACURSIAN from Legendary Comics, #Guardian from Awesome Media & Entertainment, and THE 49TH KEY from Heavy Metal Publishing. KELCIE MURPHY AND THE ACADEMY FOR THE UNBREAKABLE ARTS is her middle grade debut.