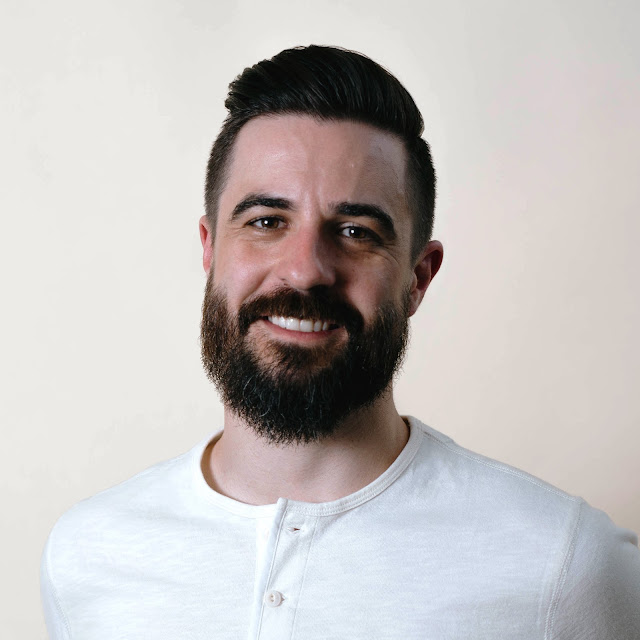 We are excited to feature author Refe Tuma and his debut middle-grade novel, FRANCES AND THE MONSTER (HarperCollins) out on August 23!. Enter to win a copy!

I grew up in a big, creative family where art, music, and storytelling were celebrated. The first ‘book’ I wrote was titled Storm Badger, inspired by the Redwall series by Brian Jacques. It was twelve pages long and included original warrior badger illustrations. Unfortunately, the manuscript has been lost to history.

Throughout middle school and high school I set my stories to music, writing songs and performing in local basements and community centers. I fell in love with movies at a young age and kept a journal of ideas, from simple images or experiences that stuck with me to full-blown screenplay treatments. At 16, I joined the film and video program at the local college and wrote screenplays we rarely had the budget to shoot. One required a stuntman to break the windshield of my mom’s Toyota Corolla. He charged $250 and asked, “How much blood you want to see?”

It wasn’t until I had kids of my own that I rediscovered my love for the books and stories I grew up reading and I started thinking seriously about writing a novel of my own.

Congrats on your debut MG novel, Frances and the Monster! Tell us about the story and what inspired you.

Frances dreams of one day becoming a world-famous scientist like her parents. When the story opens, she believes the beginning of that ‘one day’ may finally have arrived. Her parents are leaving on another of their frequent trips, this time to give a lecture at a scientific symposium. Her father has been dropping hints that she will finally be allowed to join them.

When this turns out not to be the case, and Frances is left home yet again with only an infuriatingly clever robot named Hobbes for company, she enters her parents’ off-limits laboratory, determined to claim her freedom and prove her scientific mettle.

Instead, she accidentally awakens her great-grandfather’s secret and most terrible invention—an enormous monster who breaks out of the manor and disappears into the city below where only she can stop it.

The inspiration for this book came to me years ago, as a concept for a short stop-motion animation film. I wrote it down in the journal of ideas I mentioned above, describing it as ‘Frankenstein meets the Magician’s Apprentice.’ Looking back, it’s hard to believe this story has been knocking around in my brain since high school, but sometimes stories take time to grow just like we do.

I started working on Frances and the Monster in earnest after the publication of What the Dinosaurs Did Last Night, a picture book I wrote with my wife Susan Tuma. Our agents were supportive and provided helpful feedback on the initial pages, but when it came time to think about going out on submission, we agreed it would be best to find an agent that specializes in middle-grade fiction.

Despite having co-authored four books, this was my first time querying. Our What the Dinosaurs Did series began in a…less conventional way. That is a wild story in its own right. I made the decision to query only 6 agents at a time so I would have a chance to incorporate any helpful feedback and adjust my query letter if needed before sending it out for the next round. I’m glad I did. On round two, an agent encouraged me to edit my manuscript down to better fit expectations for a middle grade novel. I ended up cutting sixteen thousand words and received 3 offers of representation on my third round of queries.

The querying process was relatively painless, all things considered, and before long I had found a wonderful partner in Marlo Berliner at JDLA.

We were fortunate enough to find a home for Frances on our first round of submissions, with the supportive and insightful Alice Jerman at HarperCollins. Working with her and her team has been a blast and I’m very proud of what we accomplished together with this book.

I mentioned the Redwall series above. I credit those books with being the first spark to ignite my love of reading in general, and middle grade stories in particular. After that, it was Ender’s Game by Orson Scott Card, The Golden Compass by Phillip Pullman, A Wrinkle in Time by Madeleine L’Engle, and a whole host of others.

Recently, I enjoyed The Glass Town Game by Catherynne M. Valente, Greenglass House by Kate Milford, and A Peculiar Peril by Jeff VanderMeer (that last one is, to be fair, probably not a MG book.) This has also been an excellent year for MG books from debut authors like Shawn Peters, Sonja Thomas, Erik Slangerup, Kellye Crocker, my wonderful interviewer Sylvia Liu, and too many others to mention here.

I am currently working on two new middle grade books. One is the sequel to Frances and the Monster, set eight months after the events of the first book and just before the invasion of Luxemburg, Belgium, and parts of France by Germany in 1940. The second is a stand-alone novel. I can’t say much about it yet, except that it (loosely) tells the story of an actual event from my time in school. My work is not usually autobiographical, so this is an exciting new experience for me.

What are your one or two best tips on worldbuilding in fantasy?

Worldbuilding can feel like a loaded term, conjuring images of complex magical systems or byzantine political landscapes, like designing an ornate palace brick by brick. That can be a major hurdle when starting a new fantasy project. For most stories, worldbuilding is more like adding flourishes to an existing structure or renovating to breathe new life into a familiar room. Sometimes, it’s a matter of finding the right blueprint, the ideal structure to hold the story you want to tell.

I knew Frances and the Monster would be set in Europe at some point in the past, but I didn’t know exactly where or when. It was when I stumbled upon the city of Bern, with its rich history and distinctive medieval architecture, that the story truly began to take shape. I didn’t invent Switzerland in 1939, I simply populated that existing template with my own flourishes—an eccentric scientific subculture, an isolated estate, and a host of dark family secrets. Setting and story became a kind of feedback loop, building on each other and threading together until they integrated so tightly it became impossible to imagine the Frances’s adventure taking place anywhere else.

When I was fifteen, I lied about my age to take a job at a recording studio. I had been playing in bands for a couple of years at that point and figured sound engineering would be the easiest way use those skills to make a little money. When the owner left a few months later, I took over the lease and used the space to host live music for nearly two years. I didn’t have my driver’s license yet, so at the end of each night I’d have to ask one of the visiting bands for a ride home.

I go by @refeup on Twitter and @refetuma on Instagram and Facebook, so please feel free to track me down there and say hi. You can find more information about upcoming books and events, as well as free resources for educators, at my website refetuma.com. The best place for What the Dinosaurs Did and Dinovember info is at dinovember.com.

Refe Tuma is the co-creator of Dinovember and the What the Dinosaurs Did picture book series, including What the Dinosaurs Did Last Night, named a Best Children’s Book of the Year with Honors by Bank Street College. Frances and the Monster is his debut novel for Middle Grade readers.​ Refe lives with his family and his dog Boris in Kansas City where he once experienced all four seasons in a single day. Oh, and it’s pronounced ‘reef.’