The Weekly 411 gathers all the links added to Kidlit411 each week. To receive this post by email, sign up for our email updates. Are you on Facebook? Join our Kidlit411 group for conversations and camaraderie. This week's illustration is by Gillian Eilidh O'Mara.

We are excited to host a giveaway of the middle grade graphic novel, Speak Up! by Rebecca Burgess (Quill Tree Books 2022). Enter to win a copy via the Rafflecopter below! 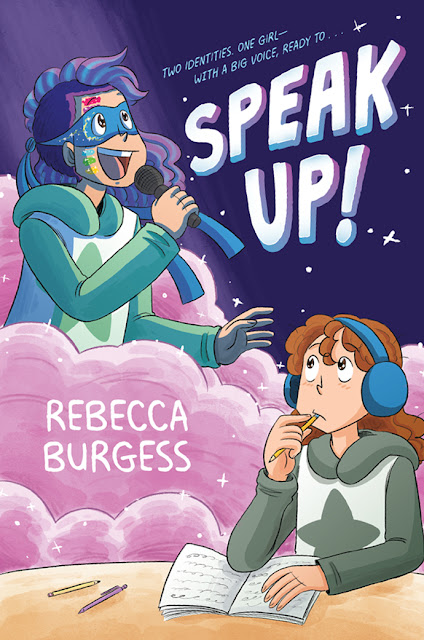 About the Book: Twelve-year-old Mia is just trying to navigate a world that doesn’t understand her true autistic self. While she wishes she could stand up to her bullies, she’s always been able to express her feelings through singing and songwriting, even more so with her best friend, Charlie, who is nonbinary, putting together the best beats for her.

Together, they've taken the internet by storm; little do Mia’s classmates know that she’s the viral singer Elle-Q! But while the chance to perform live for a local talent show has Charlie excited, Mia isn’t so sure.

She’ll have to decide whether she’ll let her worries about what other people think get in the way of not only her friendship with Charlie, but also showing everyone, including the bullies, who she is and what she has to say.

About the Author-Illustrator: Rebecca Burgess is a comic artist and illustrator working in the UK, creating award winning published and small press work. Along with drawing comics for their day job, Rebecca also loves drawing webcomics in their free time. Being autistic, they are particularly passionate about bringing more autistic characters into comics and stories! Outside of drawing comics and cuddling their cat, Rebecca also loves playing RPGs with friends, going on deep dives into history and growing vegetables in their humble Bristol garden.

We're pleased to host a giveaway of the latest middle grade book in the Ballpark Mysteries series, The Black Cat Change-Up, by David A. Kelly, illustrated by Mark Meyers (Curveball Books 2022). Enter to win a copy via the Rafflecopter below! 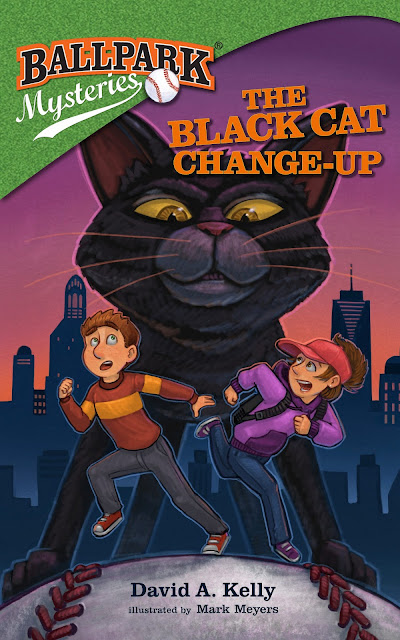 About the book: Why is a black cat haunting the New York Mets? Kate and Mike arrive in New York for a big game against the Chicago Cubs, but Cookie, the team’s star hitter, is rattled by a phantom feline. Without a win at that night’s game, the Mets’ season might be over. Can Mike and Kate figure out who’s bringing a black cat and bad luck to the team before the big game?

About the Author: David A. Kelly is a former Little League right fielder and the author of the Ballpark Mysteries and MVP sports book series from Random House, as well as Babe Ruth and the Baseball Curse, and the picture book Miracle Mud.  He’s also the author of an upcoming picture book Tea Time on the Moon about Apollo 14 and golf on the moon. In previous lives he got paid to go on vacation and write travel articles for newspapers like the New York Times and Boston Globe. He has also spent many years writing about technology. He currently lives outside of Boston. For more information, visit davidakellybooks.com, or find him on Twitter at @DavidAKelly, Instagram at @DavidAKellyBooks, or Facebook at @BallparkMysteries

About the Illustrator: Mark Meyers studied illustration at the Academy of Art University, where he earned a Bachelor degree in Illustration. Now his days are spent drawing and painting pictures filled with kids, escaping circus monkeys, and everything in between.

How to Write an Unforgettable Ending

Making Story Structure Your Own