The Weekly 411 gathers all the links added to Kidlit411 each week. To receive this post by email, sign up for our email updates. Are you on Facebook? Join our Kidlit411 group for conversations & camaraderie. This week's illustration is by Melquea Smith.

We're thrilled to feature author Olivia Chadha and her debut YA novel, Rise of the Red Hand (Erewhon, Jan. 9, 2021). Enter to win a copy! 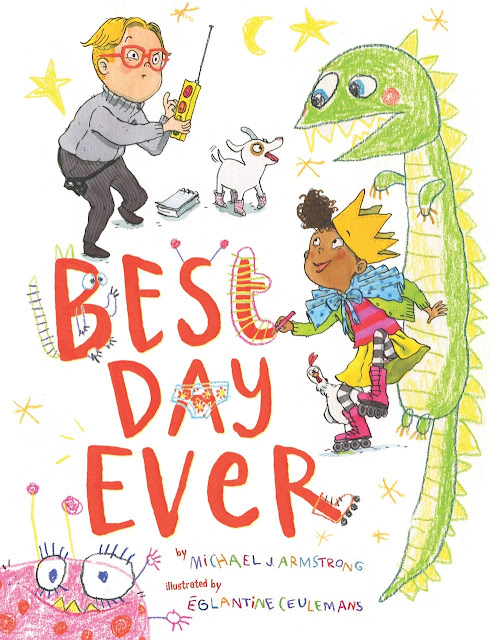 MIDDLE GRADE GIVEAWAYS
Today we have two giveaways:
First, we have a special giveaway of signed copies of the middle grade books, Monster Problems and Super Problems by Jason R. Lady (Black Rose Writing, 2019, 2020). Enter to win in the Rafflecopter widget below. 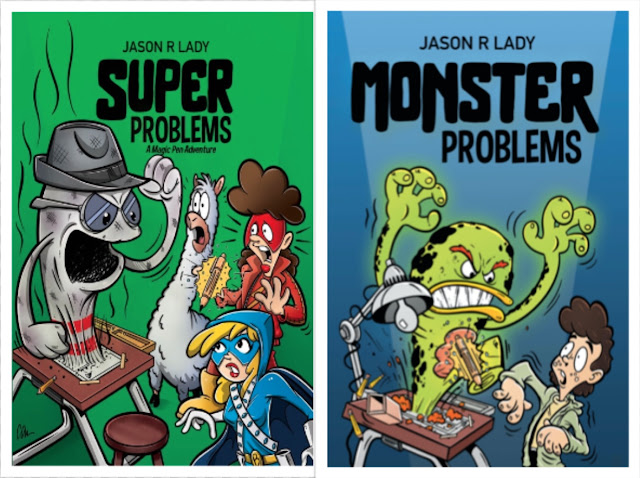 About Monster Problems: Sixth-grader Brad makes the mistake of drawing instead of paying attention in class. When Brad’s parents ground him from drawing, his bratty little brother Daley rubs it in. Later that night, Brad is surprised when a mysterious crow delivers a pen to his bedroom window. Missing his beloved drawing and frustrated with his brother, Brad uses the pen to draw a Daley-Destroyer, a giant slimy green creature that he envisions “getting” Daley. To Brad’s surprise, the pen is a magic pen, and the Daley-Destroyer comes to life, just as he imagined it, slime and all, and starts going after Daley! To make things worse, only he and Daley can see it! Can Brad erase his monster problem before it’s too late?

About Super Problems:  Before Monster Problems, there is Super Problems, the story of how Blue Hood first learned of the magic pen. Scott draws the comic book adventures of himself, Blue Hood, and their friends as the Alpaca Defense Squad fighting their archenemy the evil Stinky Sock. No one knows Scott’s using a magic pen and everything he draws becomes real. The middle schoolers and an alpaca named Bruce are thrown into a real-life superhero adventure! At first, they think it’s great. They’re living their superhero fantasy! What more could superhero fans want? But saving the day is not as easy as it looks! The Stinky Sock is a clever nemesis, and Bruce the alpaca is obnoxious and demanding. The Alpaca Defense Squad must unite as a team, master their powers, put up with Bruce, and solve their super problem…before the Stinky Sock rules the world!

Jason is an army brat who grew up moving around a total of seven times on military bases from Germany to Fort Knox, Kentucky. In high school, Jason wrote his first novel-length story--a parody of Robin Hood that starred all his friends. When he's not writing, Jason works in Human Resources. He is a member of the Society of Children's Book Writers and Illustrators. In his free time Jason can be found talking about 1980's music and popular culture, watching Marvel movies, working on visiting all the MLB baseball stadiums, and following the Cleveland Indians. He lives in Cleveland, Ohio with his wife and many great friends. His first novel, Monster Problems, was accepted to the 2020 Ohioana Library Association Book Festival and the 2020 Kentucky Book Festival. The prequel, Super Problems, comes out December 2020.

Our Second Giveaway: win one of 5 copies of My Name is Layla, by Reyna Marder Gentin (TouchPoint Press, January 19, 2021). Enter to win a copy in the Rafflecopter link below.

About the book: School will never be the same. On the first day of eighth grade, thirteen-year-old Layla has a pretty good idea of what's in store for her: another year of awkward social situations, mediocre grades, and teachers who praise her good behavior but find her academic performance disappointing. Layla feels certain she's capable of more, but each time she tries to read or write, the words on the page dance and spin, changing partners and leaving her to sit on the sidelines.

This year will be different in ways Layla could never have predicted. Her new English teacher, Mr. McCarthy, senses her potential. When he pushes her to succeed, Layla almost rises to the challenge before making a desperate choice that nearly costs her everything she’s gained. Will she be able to get back on track? And who can she count on to help her?

About the Author: REYNA MARDER GENTIN lives with her husband and children in Westchester County, New York. Reyna's first novel, Unreasonable Doubts, a romantic legal thriller inspired by her work as a public defender, was a finalist in the Women's Fiction Writers Association Star Award for debut fiction and you can find it at bit.ly/UnreasonableDoubts. Reyna studies at The Writing Institute at Sarah Lawrence College and her short stories and personal essays have been published widely online and in print. You can find out more by visiting reynamardergentin.com.a Rafflecopter giveaway

Get this weekly update by email: